Formula 1 is never short of creating buzz and many times that buzz stems from some sort of controversy during the race season. The 2022 campaign was no exception.

From the start of preseason testing when people questioned the legality of the Mercedes car and their zero side pod design, to the end of the year when Red Bull’s drivers defiantly went against team orders, there are seemingly new controversies every week in the sport.

Below is my list of the Top Five Controversies of the Year.

One of the distinguishing traits of Formula 1 is that it races in the rain. But this season, the new race directors dropped the ball. The decision to delay the start of the Monaco Grand Prix was highly questionable and robbed everyone of what would have been one of the best starts in the historic race’s history.

Similarly, the director delayed the start of the Japanese Grand Prix only to stop the race a few corners in after an accident occurred. Again in Singapore, the race was delayed because the track was deemed “too wet.”

For many, the danger involved in F1 is a large part of the appeal and the conservative decisions to delay race starts rub them the wrong way. Safety is paramount, but the people are there to see a race.

Let them have at it.

As the season was coming to an end, the Driver’s Championship had already been decided and Max Verstappen was nowhere near second place Charles Leclerc. But there was an intense battle going on between Leclerc and Sergio Perez for the coveted Runner Up spot in the standings.

The fight was so close that it came down to the last race of the season.

Although it came down to the final Grand Prix, the controversy related to the battle boiled over during the second-to-last race of the season.

In Sao Paulo, Verstappen’s Engineer Gianpiero Lambiase asked Max to surrender his position so that Sergio could have two extra points in the championship battle with Leclerc. To which Verstappen vehemently responded, “I told you already last summer—you guys don’t ask that again to me, ok? Are we clear about that? I gave my reasons and I stand by it.”

The direct response back to the team was questioned by millions of viewers, as well as his own teammate. When it became clear that Verstappen wouldn’t concede the position, Perez responded by pointing out that he helped Verstappen win the Championship last year by holding up Lewis Hamilton in the late stages of the final race at Abu Dhabi.

The question is: Why would Max respond that way and what were the reasons to trigger it?

Over the next few hours, the answer became clear.

There was plenty of speculation that Perez had spun on purpose during the Monaco qualifying earlier in the year so that he would get the preferred strategy over Verstappen. Keyboard warriors from near and far were posting clips of telemetry as well as their opinions, but in the end, the team dealt with the problems behind closed doors.

Yet, in the late stages of the Brazilian Grand Prix, the controversy became public.

The only question left lingering to this day is, how did the FIA fail to notice such tactics by Perez?

In the end, Checo finished third behind Leclerc after the Ferrari driver finished ahead of him in the final race of the year at Abu Dhabi. Taking away some of the controversy, even if Max would have let Checo through it would have made no difference in the final standings.

So, while this intra-team dispute was ultra-magnified causing Max to lose the respect of many, it literally made no difference in the outcome of the championship standings.

Objectively, Checo should have been better all season, and had he done so would have easily clinched second place on his own merit.

At the midpoint of the Formula 1 season, an impactful subject was starting to come to light.

Just a few days into the summer break, Fernando Alonso announced that he would be leaving the Alpine F1 Team and joining Aston Martin in place of the retiring Sebastian Vettel. The announcement came as a surprise to everyone in the F1 community, but most importantly to Alonso’s team principal Otmar Szafnauer.

This unexpected move set off a chain reaction, eventually resulting in Alpine announcing that it would be putting its junior driver Oscar Piastri into its race seat for the next season.

Although the move sounds like a dream come true for Piastri, the announcement came out during the sleeping hours in Piastri’s home country of Australia. Once he awoke, Piastri countered the Alpine announcement by stating that he would not be driving for Alpine in 2023.

As it turned out Piastri, had already signed to drive for McLaren in 2023 and a legal dispute erupted regarding the enforceability of the competing contracts. Eventually, an arbitration panel ruled that Piastri could sign with McLaren, and Alpine was forced to release him to the British team.

The fiasco painfully showed how unorganized Alpine was when it came to growing a driver from the junior categories to successfully compete in F1. It also showcased its inability to manage contracts, as the French team lost both a two-time F1 champion in Alonso and a potential future F1 champion in Piastri in a matter of a couple of weeks.

2. Porpoising and the Midseason Regulation Change

The 2022 regulations brought back the use of ground effects to create downforce in F1, which is a concept that hadn’t been used in decades.

These sweeping new regulations aimed to close the gap between all the teams in the field and aid in creating less “dirty air” to help with passing other cars. This in turn would create a better product on the track with closer battles, more overtakes, and an overall tighter championship.

The unforeseen consequence of these ground effects and new regulations was the phenomenon F1 fans grew very familiar with called “porpoising.” This is where the car bounces up and down at high speeds due to the downforce being created under the car, rather than with spoilers outside of the car.

This in turn creates vertical G forces, as opposed to horizontal G forces that the drivers normally incur.

The teams were affected by the porpoising differently, but the usually dominant behemoth Mercedes Benz suffered the worst. After an outcry from the Mercedes drivers and their customer teams who were spouting that there was a risk to driver health and safety, the FIA released a technical directive after the summer break ahead of the Belgium Grand Prix.

The directive changed the way in which the FIA measured the floor plank and put an emphasis on the amount of porpoising allowable through a race weekend. If the porpoising fell outside the allowed amounts, the resultant infractions could end up in disqualification.

In the end, the new regulation seemed to work. From the Belgium Grand Prix on, porpoising was a much less talked about subject. There was a reason the Mercedes camp wanted the change and it’s no coincidence that its cars were vastly improved after the regulation was implemented.

While the porpoising and driver signings discussed above were huge talking points early in the season, as the year went on there were rumblings that two teams had breached the cost cap in the previous year.

One of those teams was rumored to be the 2021 Driver’s World Champion’s team, Red Bull Racing, with the other being Aston Martin.

The FIA was reluctant to disclose any information ahead of time, regardless of the rumors.

After weeks of speculation, it finally surfaced that Max Verstappen won his first World Driver’s Championship after his team went over the budget cap by almost $2 million, which equates to a 1.4 percent overage.

There were plenty of people in the internet community and other F1 teams that were asking for Red Bull to be publicly hanged. Some were even calling for the FIA to take the Championship away from the team, which was Red Bull’s first since 2013.

In what many are calling an unsatisfactory resolution, the penalty “agreed to” was a $7 million fine as well as a 10 percent reduction in aero testing for the next 12 months.

While this amount is substantial, considering the gap that Red Bull has on the field and the fact that the FIA allowed them to “accept” the punishment, the slap on the wrist is alarming.

There was clearly political handwringing and favors called in by Red Bull Team Principal Christian Horner. Formula 1 has always had political overtones and backdoor deals, but the Austrian team’s flaunting of the rules and minimal punishment might take the cake in the new era.

There were many topics not covered in this article, like the many popular faces that are now leaving F1, which at times is a controversy in itself.

It will be interesting to watch how the offseason unfolds to see where the likes of former Haas driver Mick Schumacher and former Ferrari Team Principal Mattia Binotto end up.

There is also the possibility that newly signed Red Bull Reserve Driver Daniel Riccardo is breathing down Helmut Marko’s neck to get Sergio Perez bounced out of his race seat. But only time will tell.

However it turns out, 2023 looks to be an interesting season with some newcomers like American driver Logan Sargeant (Williams), as well as some familiar faces like Nico Hulkenberg (Haas) back joining the grid. 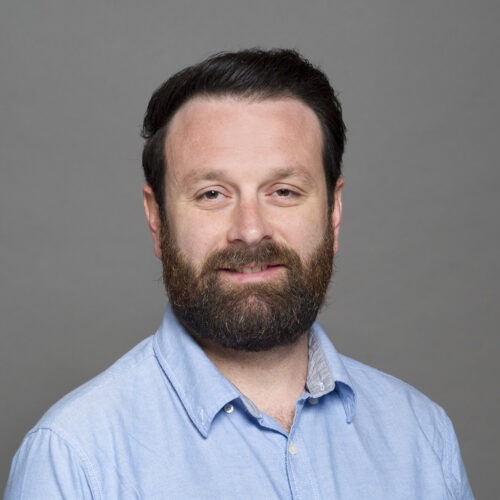